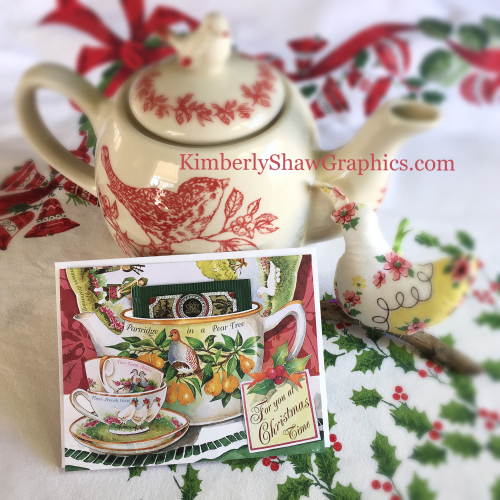 One very interesting translation of the "12 Days of Christmas" song dates back to England between 1558 and 1829 when Catholics were prohibited by law to practice their faith in public or in private. It was illegal to be Catholic until 1829 when Parliament emancipated them. "The Twelve Days of Christmas" song was a coded message written as a memory aid to help young Catholics learn the basics of their faith. Since the song sounded like a nursery rhyme, authorities didn't suspect it and young Catholics could sing it without fear. The song is an allegory with each of the gifts in the song representing something significant to the Bible.

The song begins, "On the first day of Christmas my true love gave to me..." The True Love repeated in the song doesn't refer to an earthly suitor, but to God himself. The Me receiving each gift is the believing Christian.

The Partridge in a pear tree represents Jesus on the Cross. A mother partridge will fake an injury to decoy a predator away from her nestlings. She is even willing to die for them. The tree symbolizes the fall of the human race through the sin of Adam and Eve. It also represents the cross from which Christ was sacrificed for our salvation.

The two turtle doves refers to the Old and New Testaments of the Bible.

The three French hens stand for faith, hope and love -- the three gifts of the Spirit mentioned in 1 Corinthians 13.

Four calling birds refer to the four Apostles who wrote the Gospels -- Matthew, Mark, Luke and John -- which sing the song of salvation through Jesus Christ.

Six geese a-laying is the six days of creation.

Seven swans a-swimming refers to the seven gifts of the Holy Spirit; wisdom, understanding, counsel, fortitude, knowledge, piety, and fear of the Lord.

Eight maids a-milking reminded children of the eight beatitudes listed in the Sermon on the Mount.

Twelve drummers drumming were the twelve points of belief expressed in the Apostle's Creed: belief in God the Father, the Son and the Holy Spirit, that Jesus Christ was born of a virgin, made man, crucified, died and arose on the third day, that he sits at the right hand of the father and will come again, the resurrection of the dead and life everlasting.

May this bit of trivia demonstrate the creativity of those clinging to their faith even when doing so meant personal harm. It inspired me to create a Christmas card for you to share and encourage others. If you are interested in passing on the meaning of this song, please feel free to copy and paste the text into your own word file and make a cute flier to share. Sorry the artwork is copyrighted so no permission is given to copy and share, but the good news is, I have the actual greeting cards in stock ready to send which contains all the artwork of each gift illustrated throughout. I would be thrilled if you would graciously pass one along. 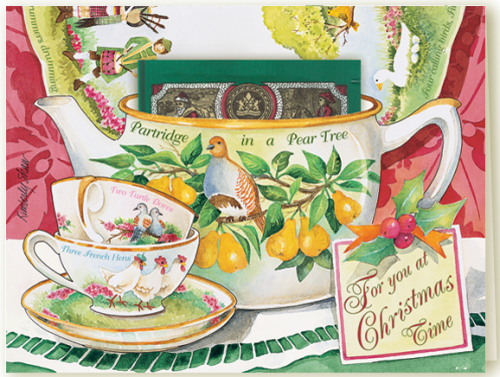 Merry Christmas everyone! Abundant Blessing for a joyous New Year!